The business world has seen many changes in the 160+ years since our founding. But what hasn’t changed is our commitment to the work we do - protecting the savings and livelihoods of countless hard-working individuals around the globe.

Perry Brink's Chicago City Express Company used a variety of typestyles during the 19th century. Wagons were painted with "Brink's" and whatever additional parts of the name would fit, showing up in photos as "Brink's Ex.", "Brink's C.C. Ex. Co.", "Brink's CC Express Co." and others. In this 1880 staff photograph, several styles are simultaneously present. 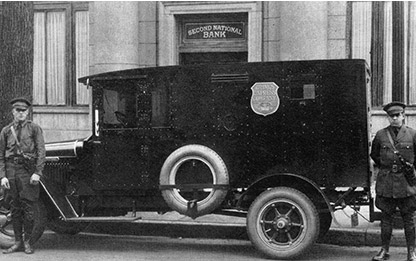 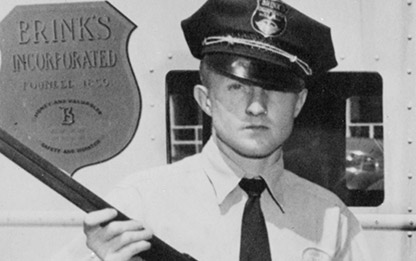 In 1934, the company officially changed its name to Brink's Incorporated and updated the shield logo with the new corporate style.

After the acquisition by Pittston, a transportation and mining conglomerate, the older shield logo was dropped in favor of a simple block type logo. Pittston changed its name to "The Brink's Company" in 2004. 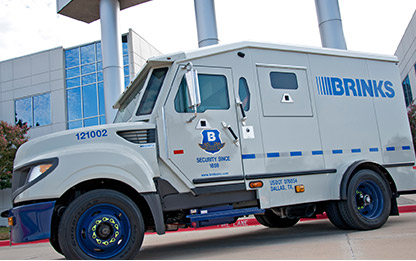 One of the oldest commercial brands in the world, Brink's has been synonymous with security and trust since being founded in 1859 and is today known around the world. The current Brink's logo was first used in 1981 and adorns Brink's vehicles, facilities, employee uniforms and products in more than 100 countries.

This shield logo featured a gothic "B" with wings lifting a trunk; it perfectly represented the company's early focus on transporting luggage in Chicago. Trademark documents record its first use in 1859, the same year Brink's was founded.

Gothic B / Money and Valuables; Safety and Dispatch

In 1927, in a new strategy to deter robberies, Brink's logos began appearing on trucks and facilities that had previously been unmarked. "Money and Valuables, Safety and Dispatch" frequently bracketed the older shield logo, underscoring the company's increasing reputation for secure transportation.

As the Brink's Express Company evolved and expanded early in the 20th Century, the shield was updated with a large black band. In 1934, "Brink's Incorporated" was added to accommodate the company's new name.

B (no space) with wings 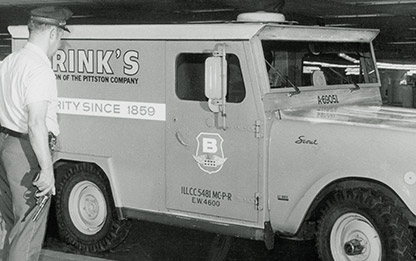 The acquisition of Brink's by the Pittston Company sparked a major refresh of the venerable shield logo. The B was replaced with a modern type style, the trunk was simplified and the wings redrawn with a more sophisticated treatment. The entire design was placed atop a new shield reminiscent of U.S. highway markers and that also echoed earlier Brink's logos (see above). This revised shield debuted in 1962.

B (space in character) with wings 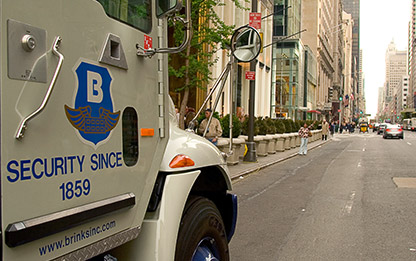 In 1981, the shield logo was updated again, this time to coincide with the new Brink's stutter logo (above). The 'broken B' of the stutter logo replaced the plain B of the previous design, and the wing drawing was greatly simplified, making the entire design both a bit more elegant and significantly easier to reproduce. 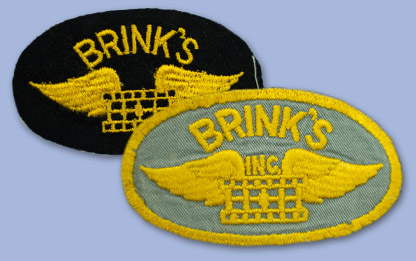 The arch Brink's was first registered in 1912 and has been used continuously since. Today, it is most frequently seen on employee badges and uniforms. 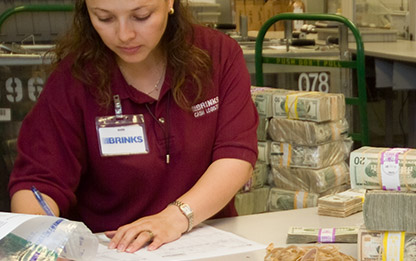 The Brink's Cash Logistics brand was born in 2001 to call attention to the company's money processing services for banks. 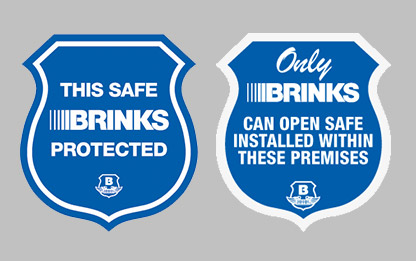 Brink's safe products have been offered to retailers since the 1920's; signs advertising their security have been nearly ubiquitous ever since. 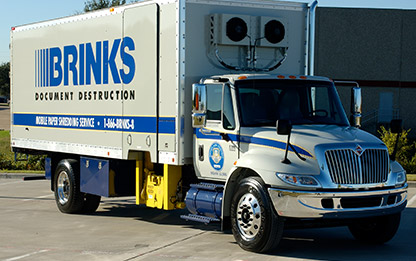 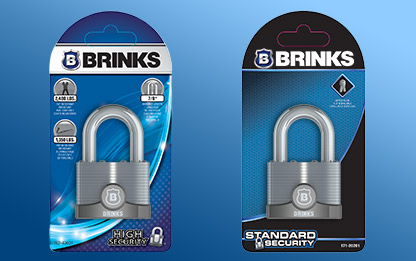 Now seen on many licensed consumer products, these trademarks include a much simplified shield logo with a large, modern "B" and a refreshed Brink's logo. Both are easier to print and read on small packages.

About Us - Fact or Figure

Considering a card program for your business?

Are you an existing customer?

For new business inquiries please complete the form below.